Home » Check out our article in the Feb. 2018 Issue of Rubber World Magazine

Technical Service: The 6 Rules of Thumb for Rubber Release Agents

Tenacious rubber compounds are a constant challenge for rubber molders manufacturing the parts on which our modern society relies. Not least among the challenges rubber molders face is what release agent to use on their tooling and how to apply it. Many rubber molders do not do their due diligence when selecting a release agent and even more fall short of applying it properly, resulting in poorer quality parts, shorter tooling lifespans, and costly downtime among other problems. During my thirty-one-year career as a technical representative for McLube, a global manufacturer of quality release agents and process aids, I have seen rubber molders make the same release mistakes over and over again. In this article I describe 6 rules of thumb for selecting and applying release agents to help molders navigate the release industry with ease and break bad habits.

The 6 Rules of Thumb for Rubber Release Agents

-A little works, a lot usually doesn’t!
-Stop guessing, call someone.
-Better yet, call everyone.
-Take charge of your release agents
-Avoid “corporate coatings”
-Semi-permanent is not always the answer.

The most common bad habit of rubber molders is over-application of the release agent. Over-application almost always leads to failed release, part rejection, and hours wasted cleaning fouled tooling. I have been on countless production floors to run trials with my customers and witnessed press operators applying an overabundance of release agent. Inexperienced operators are prone to drowning the mold with release agent thinking the parts will just start flying out of the mold. After a failed or insufficient release has occurred, operators will often fall into the trap of applying more and more release when over-application was the original cause of the problem. Over-application is a bad habit that is especially common in operations using semi-permanent coatings that do not require frequent reapplication. Ladies and Gentlemen, to be blunt, just use as directed!

Release trial tip: If a coating fails to release during a trial, do not discount it automatically. Consult one of the release manufacturer’s technical representatives. Very often the application method simply needs adjustment to achieve superior results. Do not forget to inquire about mold conditioning factors and how much reapplication will be necessary after the first couple pulls.

When a new part or compound is being considered for production, initial tests are run to iron out any problems associated with the job. Molders often use a release coating for the new compound that is already used in-house because it works on a similar rubber material. There is nothing wrong with trying, it works some of the time, but things don’t always go as planned.

It is always a good idea to call release manufacturers for assistance before using a coating in a process for which it was not originally intended. You will save time, raw material, and money if you seek help beforehand rather than try to put out the fires after the fact. Release manufacturers have a wealth of knowledge. We know what works where and how to apply it. Take advantage of our desire to sell you something to get the most out of your process. In a perfect world, molders could use the same release agent for every compound on every press; unfortunately, specialized release agents catered to your various compounds are usually the only way to achieve superior results across the board.

Better yet, call everyone.

Whether you are releasing a new compound or replacing what you currently use, please, ask around! You will never get the best without doing your due diligence. Get a second, third, and forth opinion from different release manufacturers and allow them to send you additional samples based on trial results. Those of us who sell release agents do not want you to know that it is often unclear why one coating works and another doesn’t. One coating may be effective with FKM at one facility and fail under the same conditions at another. Trial and error is a fundamental instrument of the molding industry.  Trust the process and never settle for “close enough.” The perfect coating is out there. The more you try the closer you will get. Even if you want to stick with a particular brand, try some others and look for patterns among their recommendations. Are they all suggesting semi-permanent options? Sacrificial? Get a second opinion to ensure you are being taken care of properly. Ask the release salesmen how their coatings work under similar conditions elsewhere to gauge your process’s effectiveness. Samples are free so take advantage! Call everyone.

Search tip: share as much information as possible with the release manufacturer to get the best coating for your operation. Temperature, humidity, cycle time, compounds, process details, available equipment, and plant requirements are just a few vital pieces of information your release specialist should know before recommending a release coating for your rubber. If you are worried about proprietary information being misused, then sign a non-disclosure agreement.

Take charge of your release agents

It’s important to keep all release coatings in the hands of a capable production foreman, shift supervisor, or process engineer. Over the years I have witnessed all kinds of misuse from well-meaning plant employees who come up with their own concoction of what they think is the ultimate release coating.  They are usually doing more harm than good. Do not apply guesswork to your dilutions. Maintain consistency of the ratio by employing exacting dilution methods for reliable results. Train employees to use the release coatings carefully and correctly and be ever-mindful of rule number one: a little works, a lot usually doesn’t!

Dilution tip: use deionized or distilled water whenever possible to avoid contaminating or compromising the release blend.

There are release manufacturers out there without the technology or even the desire to supply you with the ideal coating. Many of the corporate giants in this industry boast of innovative release technology but only offer mass-produced, generalized “corporate coatings” that are not ideally suited to the chemical diversity of the rubber industry. Be wary of the giant after that big fish, they will spend little time working with smaller operations to find the best solution. There are quite a few release agent manufacturers. Do some shopping to find that one or those few who will work with you to find the best solution.

Semi-permanent is not always the answer

“Semi-permanent coatings” are very popular among rubber molders but many should probably be using something else.  Everyone wants multiple cycles before reapplication is necessary. Why wouldn’t you? Semi-permanent coatings speed up manufacturing, transfer little, and usually do not cause knit lines or flow problems. Unfortunately for some molders, certain rubber compounds are infamously difficult to release because of microscopic abrasions that degrade release coatings in minutes, or even seconds. Frequent reapplication of semi-permanent coatings become necessary to combat the abrasive compounds which leads to persistent fouling of the mold surface and hours spent cleaning. If you are applying a semi-permanent-type release agent more than four times in an hour, then it is high time you test a dilute sacrificial coating. Sacrificial coatings are applied before every cycle, generally do not build up over time, and may be your solution to abrasive compounds.

These six rules of thumb will help molders navigate the release market and avoid the bad habits I have witnessed over the last three decades as a McLube Technical Representative for rubber molders. Perhaps the most common bad habit is over-application. I cannot stress enough how important it is for rubber molders to use their chosen coating as directed and seek the experienced advice of a release specialist before they risk wasting time, money, and material. Please keep an open mind. Shop the vast release agent market and find a technical representative that has the desire and ability to work with you to provide the perfect coating for your operation. Never settle for those “corporate coatings” or attempt to guess dilution ratios. Take advantage of free samples, trust the process and find the best release agent for your rubber.

For inquiries during normal business hours: 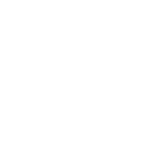 Our Marine Division is the world’s leading manufacturer of high-performance dry lubricants (SAILKOTE®) and low-friction hull coatings for professional sailors, Olympians, and boating enthusiasts alike. We provide reliable dry lubricants for everything that slides and environmentally-conscious hull coatings with unparalleled anti-friction characteristics. Our ONE DROP® Ball Bearing Conditioner is the only product Harken® recommends for everything that rolls. Team McLube® partnered with Harken® in 1998 to provide top-quality coatings and polishes to sailors around the world. 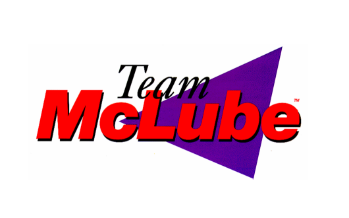